We cannot wait for the third phase 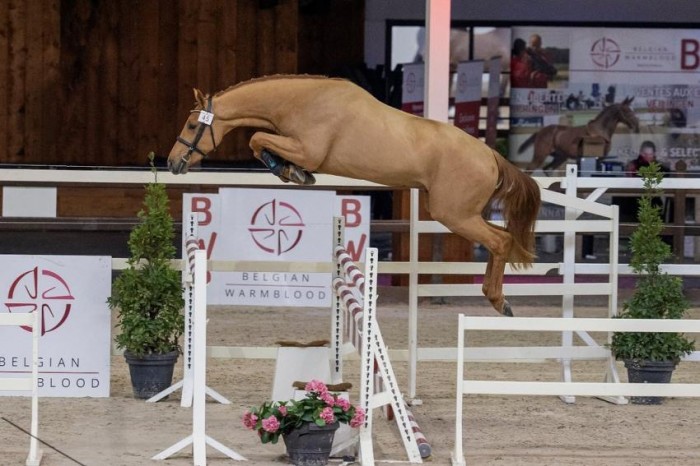 We cannot wait for the third phase

Special circumstances could not stop our young stallions from showing their best side during the second phase of the BWP Stallion approvals. Three of the future stars presented by us, may present themselves under the saddle during the third phase.

A result we are of course delighted with: "I am very satisfied with the result of the second phase. I think we have got three stallions who can contribute to the breeding of showjumpers and who showed themselves very well. They are modern stallions with blood and power," explains Joris De Brabander.

The first is Sambucci de Muze, a homebred son of Scendro out of the now nine-year-old Malissa de Muze. Malissa is a daughter of Vigo d'Arsouilles and goes back to our top mare Cordula de Laubry. Sambucci impressed at the loose jumping with his technique, body use and reflexes. They also noticed that in the Netherlands and so 50M% is sold to the prestigious VDL Stud.

Cavalier Russe Z also has an exceptional pedigree. Sire Casall ASK needs little introduction. For years he was one of the best showjumping horses in the world under Rolf-Göran Bengtsson and he has also earned his spurs in breeding. The dam of Cavalier Russe is equally well-known. With Jos Lansink, Valentina van 't Heike (s. Nabab de Rêve) jumped at all major competitions and championships.

Finally, there is also Valentino Boy. As his name might suggest, he was born on 14 February 2018. He is a son of Vivant van de Heffinck, himself successful at the highest level with Cassio Rivetti and Chris Chugg. Mother Carlina IV also triumphed in the top sport with, among others, Pius Schwizer, Ulrich Kirchhoff and Oleksandr Onyschenko. This is the dam line which also produced the foundation sires Corrado I and Chellano Z.

"The three stallions fit very well into the breeding philosophy of Stal de Muze. They come from good lines, with both fathers and mothers who have performed well in the sport. It is nice to see that our philosophy is paying off", says Joris.

In addition to the young stallions we have presented ourselves, there are also many promising horses referred to the third phase that descend from a Stal de Muze stallion:

Congratulations to all breeders, owners, presenters and others involved. 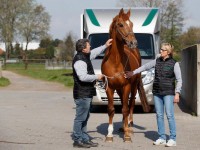 Young talents make us hope for the best in 2021