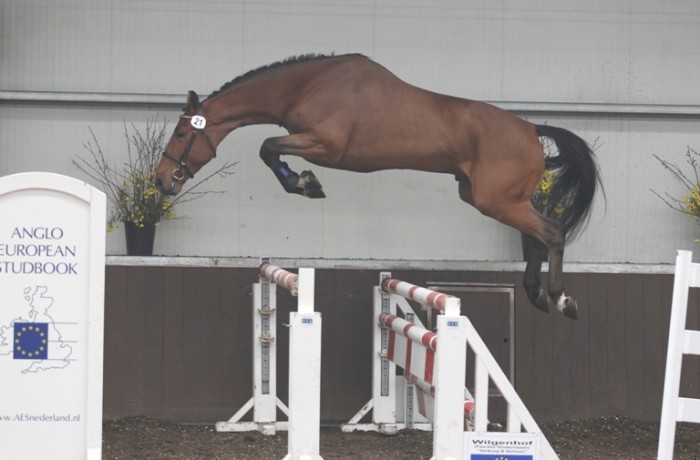 He jumped two rounds and twice the zero appeared on the scoreboard. Cadeau de Muze (s. Nabab de Rêve) seems to become more and more of a team with his new rider William Whitaker. They confirmed this in Prague, jumping clear in both the quarter- and semi-finals of the Global Champions League Play-Offs.

A bronze plaque was the result for Felitia DH (s. Querlybet Hero) and Kathrin Müller in the GP4* of Munich. Also Jolie van het Molenhof (s. Nabab de Rêve) and Werner Muff were good for a third place. They achieved that in a class 1.50m.

Donatella de la Pomme (s. Bamako de Muze) and Charlotte Lebas took tenth place in the GP1* of Rouen. In a 4-star class over 1.50m it was Julien Anquetin's turn to rush to victory with Gravity of Greenhill (s. Nabab de Rêve).

In Kronenberg Ruben Romp and Pirate Andalou (s. Nabab de Rêve) performed well by finishing fourth in a 1.40m class. The same rider also had Elise (s. Nabab de Rêve) under the saddle, which he piloted to third place in another class 1.40m.

It doesn't stop for Lieven Devos and the only six-year-old E-Risingson Z (s. Elvis Ter Putte). In Valencia they added two more victories to their record.

In the GP2* of the Italian Vermezzo, Paolo Adorno finished in 9th place with his Fer Z.G. (s. Nabab de Rêve). Among the young horses in Gorla Minore, it was up to Demantur de Muze Z (s. Diamant de Semilly) to stand in the spotlights. In the classes for seven year olds he jumped clear twice with Fabio Crotta. 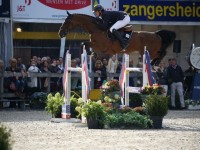