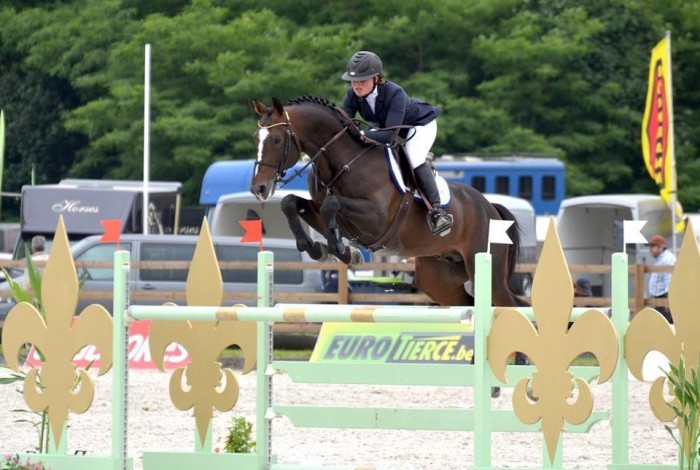 Starting off this week’s article with a service announcement. It is still possible to register for our “Samen kijken, kritisch maar toch gezellig”-event on Monday next week at QC Stables (Sint-Niklaas). We start at 19h. Enrolling is required and can happen via info@jorisdebrabander.be.

Our first stop this week is Valkenswaard, where Karline De Brabander did some excellent rounds with her stallions, just as last week in Hamburg. On Fantomas de Muze (f. Sandro Boy) this resulted in a third place in the LR Ranking class 1.45m. His half-brother Lector vd Bisschop (f. Bamako de Muze) also showed his great shape with two great clear rounds and a ninth place in the final for seven-year-olds to top it off.

In Moorsele there was a nice second place for Just Krack (Nabab de Rêve x Querlybet Hero) in the GPU25. Just Krack was ridden by Marthe Heudens.

In the classes for six-year-olds, it was Memphis van ‘t Hulgenrode (f. Elvis ter Putte) that jumped into the spotlight with Bunoit Moeskops. The duo achieved a fourth and a fifth place. Guido Klatte Jun. also contributed with a fifth place with Van Halen Z (f. Vigo d’Arsouilles).

At the same time, a CSI2* took place in Lier. Alisa Danilova rode Encore (f. Nabab de Rêve) to a fourth place in a 1.40m-class.

Nabab in Montefalco and La Baule

A similar result in the CSIO5* in La Baule, with Nabab-offspring in the limelights. Zinius (f. Nabab de Rêve) and Harrie Smolders became second in a 1.50m-class and eight in the GP. Finally, in the Nations Cup, Glasgow van ‘t Merelsnest (v. Nabab de Rêve) contributed to the second place of the Dutch team. 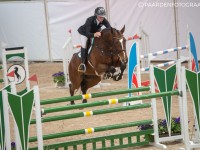