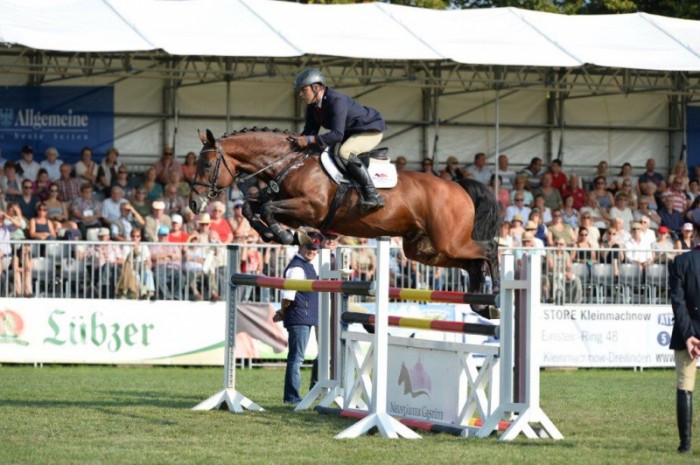 In the GP3* there was a fourth place for Kelly Vandousselaere and Biarritz des Hauts Droits (f. Nabab de Rêve). Finally, in a 1.50m-class, Global finished third with Christian Weier. Global is a son of Nabab de Rêve and is a half-brother to Lector vd Bisschop and Fantomas de Muze. The latter proved to be as good as is half-brother by finishing fifth in the GP2* of Chantilly with Karline De Brabander. Kasanova de la Pomme on his turn, ended second in the GP of Neustadt-Dosse. Furthermore, Kasanova brought six foals into the finals of the foal championship of Brandenburg-Anhalt.

Chantilly again, this time for the GCT, with another placing for Zinius (f. Nabab de Rêve) and Harrie Smolders. Also at the five star level, there was a victory for the Dutch team in the Nations Cup of Falsterbo, not in the least thanks to the double clear of Glasgow van ‘t Merelsnest (f. Nabab de Rêve).

The Global Future Champions found themselves to be jumping in Valkenswaard in the beginning of this week. In the classes for eight-year-olds, the brightest star was Fasther (f. Vigo d’Arsouilles). Ridden by Bas Moerings, Fasther became second in the final after also finishing fifth in one of the qualifying rounds. Same damline, only this time with Elvis ter Putte as a sire, Bas Moerings jumped Hervesther to a nice victory and a third place in the qualifiers for six-year-olds. The final, however, brought to attention another Elvis-progeny: Marco van de Oude Heihoef (Tom Dhaeyere). This duo became fifth.

Some more Elvis in the final for seven-year-olds, namelijk Lysanne van ‘t Winnenhof. With Stephanie Andries in the saddle, Lysanne jumped to a third spot. We finish with the classes for five-year-olds, with another Bas Moerings-performance. Once again sprouting from the same damline as the one mentioned above, is the KWPN-approved stallion Ipsthar (f. Denzel van ‘t Meulenhof), who jumped three days clear. One of the qualifying rounds was won by Icen by the way. Icen is one of the few descendants of Iceman de Muze (f. Erco van ‘t Roosakker). 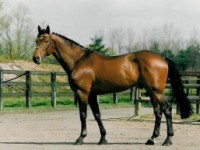