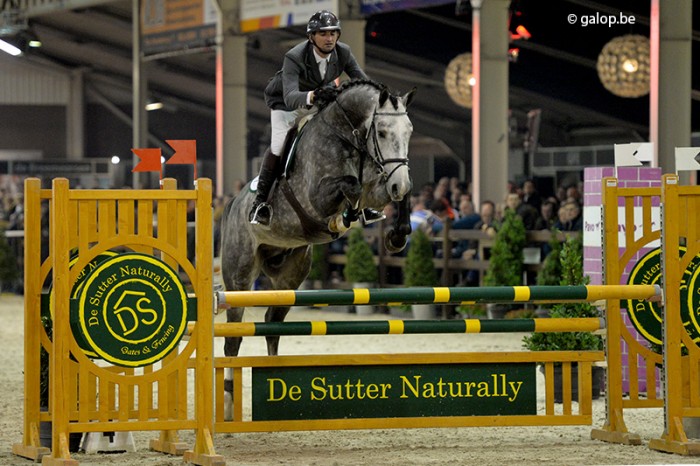 What a weekend from our future superstar El Torreo de Muze (f. Taran de la Pomme). At only eight years of age, he started thrice this weekend and emerged victorious two times with Brazilian rider Bernardo Alves, winning the GP as the cherry on the cake. He looks very promising for the future. Also in Opglabbeek, there was a fourth place for Casting du Bois Madame (f. Nabab de Rêve) over 1.40m.

Another GP-victory this weekend in Moorsele. This time it was Rik Hemeryck that rode Tum Play du Jouas (f. Querlybet Hero) to victory. Jabab des Valces (f. Nabab de Rêve) and French rider Guillaume Foutrier finished third over 1.45m. In Sankt Gallen, there was also a role in the spotlight for a Querlybet Hero-offspring, called Eros. With Olivier Robert in the saddle, Eros took a fifth place in the GP and won the Nations Cup with the French team.

In Lisbon, the offspring of Cordula de Laubry impressed once more. Fantomas de Muze (f. Sandro Boy) and his half-brother Igor de Muze (f. Tinka’s Boy) showed the world how it’s done. In the GP they became seventh and fifth respectively, ridden by Karline De Brabander and Marco Viviani. Fantomas added a second place in the Nations Cup with the Belgian team to that to finish off a very satisfying trip to Portugal.

In the shadow of the palm trees of St. Tropez, the sixth leg of the 2018 GCT took place, with a protagonist role for some regulars in this overview. Eduardo Alvarez Aznar and Fidux (f. Malito de Rêve) added another victory to their already impressive curriculum. It was their second GCT-victory this year. Zinius  (f. Nabab de Rêve) almost did the same with Harrie Smolders. In the end, they became second in a 1.50m-class. Finally, in the GP, Gancia de Muze (f. Malito de Rêve, Niels Bruynseels) finished sixth and Fair Light van ‘t Heike (f. Vigo d’Arsouilles, Alberto Zorzi) rounded up the top ten. Navarone Z (f. Nabab de Rêve) and Gerben Morsink jumped into the limelight in Tubbergen, where they became seventh in the GP.

Over to Opglabbeek, where the young Malito-offspring made themselves noticed. Maximus became seventh in a class for six-year-olds and Loukas de la Noue did not touch a pole during three days of jumping in the classes for seven-year-olds. Last but not least, Mimi de Laubry (f. Elvis ter Putte) also showed her skills with the six-year-olds.

Malibu van de Withoeve (f. Fantomas de Muze) has the honour to close out this week’s article. The six-year-old stallion jumped in Athens last weekend. Ridden by Dimitri Natsis, he placed fourth in his age category on Friday. 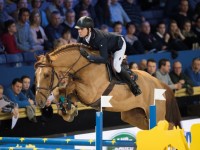 Bellissimo and Glasgow steal the show