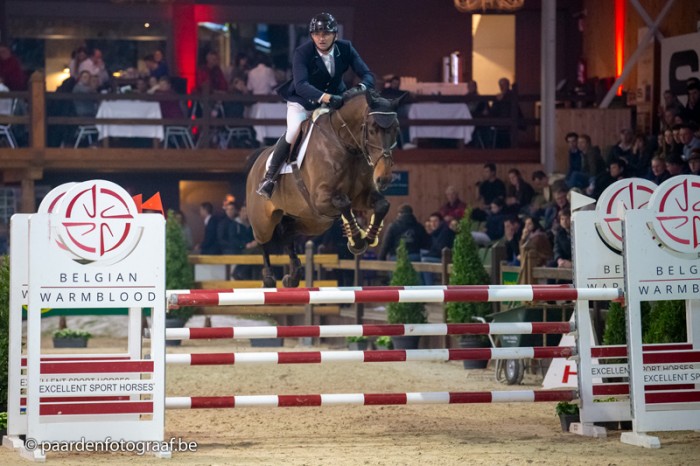 2020 is off to an excellent start for Stal De Muze with no less than three of our own young stallions who have been referred to the third phase of the BWP Stallion approvals, but even more importantly because of the outstanding performance by the offspring of our older stallions Gino H, Malito de Reves, Bamako de Muze and By Ceira d'Ick.

These four top stallions each had no less than two offspring who received a ticket for the third phase, with brilliant performances by the young sons of Gino H, half-brother to the still legendary Hickstead. With good reason Gino can be called one of the revelations of the second phase. Both sons of the brand new BWP ambassador Bamako de Muze also excelled by their mentality and drive over the fences. They only confirm that Bamako is an absolute topsire in the making. Add to that the striking sons of Malito de Reves and By Ceira d'Ick and we have nothing more to add than to thank all the breeders for their confidence in our stallions!

As for the young stallions presented by Stal de Muze, Remus de Muze (by Bamako de Muze) showed himself very well and is allowed to prove himself under saddle. Remus was subsequently sold at the BWP Top Stallion Auction for 17,000 euros. He is bred by Stal de Muze together with Carpentier NV out of the mare Chatel de la Pomme (s. Marius Claudius) and goes further back to the famous mare Sauterelle de la Pomme (s. For Pleasure) and is a descendant out of the Qerly Chin damline. The second stallion who got a ticket for the third phase is Royalo de Muze (s. Elvis Ter Putte). The mother of Royalo is the Heartbreaker-daughter Azuela de Muze. She is also the dam of Vedet de Muze (s. Cartani) and Felini de la Pomme (s. Vigo d'Arsouilles) who were both active at level 1.60m. The grandmother of Royalo is Narcotique II de Muze (s. Darco). The first round of the PAVO Stallion Competition proved to be a success for our stallions as well. New Star Quality (s. Nabab de Rêve) and Caroline De Laet finished second in the competition for seven-year-olds and Navajo van 't Vianahof jumped a double clear as well, finishing 5th with Karline.

Eames de Hus also seems to improve each time he shows. With Walter Lelie he realized a double clear round in the class for six-year-olds. The only four-year-old Special Cera du Maillet Z (s. Stakkato) also drew all eyes on him. Ridden by Laurent Thirion, he was immediately good for an impressive clear round. He looks extremely promising.

Finally we have to talk about the many offspring of our stallions who jumoed this first round of the stallion competition without any faults. In the competition for six-year-olds, this was the case for two sons of Vigo d'Arsouilles and a son of Bamako de Muze. Sons of Fantomas de Muze and Vigo d'Arsouilles did the same in the class for five-year-olds. Finally, in the youngest category there were clear rounds for Easy Call de Muze Z (s. Elvis Ter Putte), bred by us, as well as for sons of Mosito van het Hellehof, Le Blue Diamond van 't Ruytershof (2) and By Ceira d'Ick. 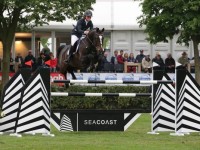