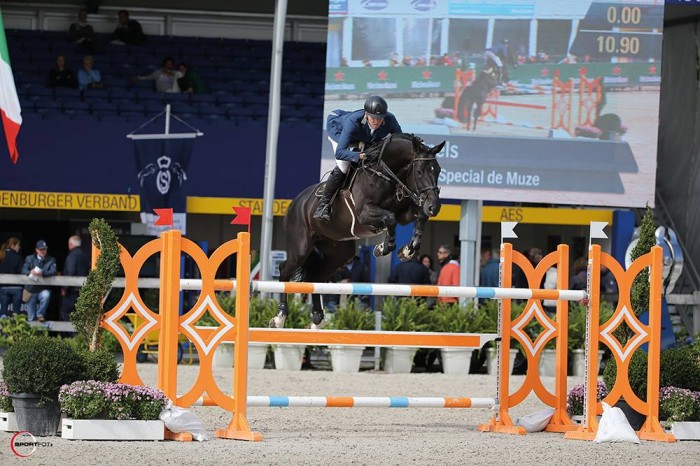 A lot of young offspring by I'm Special de Muze made quite the impression at the various international competitions last week. Think for example of the six-year-olds Monks I Am Casall (Graham Babes) and Justify (Abbe Burchmore-Eames) in Valencia. In Lier, we noted an excellent performance by seven-year-old Newton DB (Katie Pytches). Tara Glynn and Inschalla C Z performed well in Vilamoura, as did David Simpson on I'm Special Too Dhh.

The progeny by Scendro equally continues to do well. Sisse de Tiji Z impressed in Valencia with Mariano Martinez Bastida in the competition for six-year-olds. Princess Dalou H (s. Vigo d'Arsouilles) did the same with Julie De Pelsmaeker in the classes for five-year-olds. Among the seven-year-olds, it was up to Darkness Breeding (s. Nabab de Rêve) to perform well with Franck Curti.

The performance of the weekend came from Jessica Springsteen and Don Juan van de Donkhoeve (s. Bamako de Muze). The duo jumped to fifth place in Wellington's GP5* at the Palm Beach Masters.

At the two-star competition, there was a fourth place (1.40m) for Stephanie Gallucci with Sea Coast B52 F Z, also by Bamako de Muze.

Our breeding products are not only able to jump in the regular competitions, also in the hunter categories they make themselves noticed. Lafitte de Muze for example, was recently crowned WCHR Hunter of the Year in the USA.

To finish this overview, we mention that our future star Special Cera du Maillet Z was approved for Zangersheide last weekend. Two sons by Vigo d'Arsouilles and one by I'm Special de Muze also got the green light in Deauville. 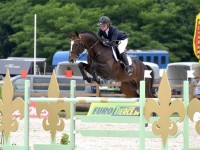