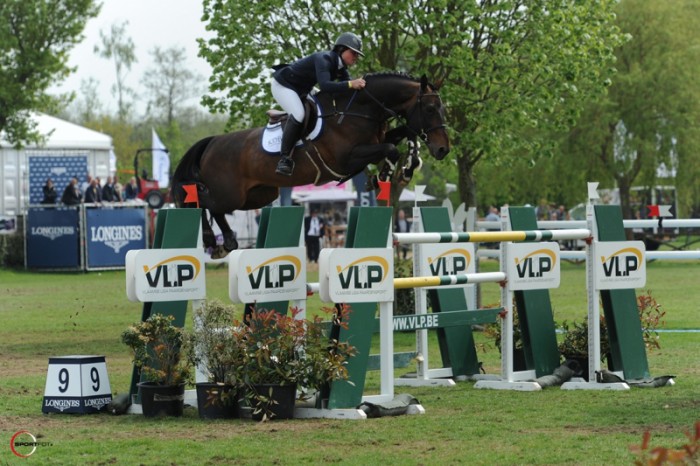 In Wellington, there were some great performances as well. At the Winter Equestrian Festival, Important de Muze (f. Erco van ‘t Roosakker) showed his great shape by claiming another victory with Darragh Kenny. This time, they grabbed first place in the Douglas Elliman Real Estate 1.45m Classic. Mevis de Muze on his turn looked once again great, by jumping clear three day in a row. Mevis is a son of Elvis Ter Putte and is owned by Marinus Den Doelder.

Remarkable performances in Lier as well. Our stallion Kaiser van het Lambroeck (f. Nabab de Rêve) and the Brazilian rider Cassio Rivetti did not make a single mistake during three days of jumping. Kaiser is owned by us together with J&F Van Dijck. Last year, Kaiser already qualified for the final of the World Championships for Young Horses. He therefore continues to impress with great rounds. Le Blue Diamond van ‘t Ruytershof (f. Plot Blue) showed great promise as well by finishing second in a class over 1.30m. Some Elvis Ter Putte-youngsters (Memphis van ‘t Hulgenrode and Milky Way van de Olmenhoeve) and a Nabab-son (Nabeau van ‘t Migroveld Z) were successful in the classes for young horses at Azelhof.

Not only in the jumping classes, the ‘de Muze’-offspring is doing great. Et Voila de Muze (f. Royal dream) is one of our best performing products in the trot classes. Now a four year old, Et Voila triumphed twice with ease in his last two starts.

Last weekend, it was also time for the Prix d’Amerique, the most important trot competition of the year. Everybody expected Bold Eagle to grab a third victory in a row, but he was outrun by Readly Express (f. Ready Cash). Together with the Swedish driver Björn Goop, Readly was victorious by half a horse-length. 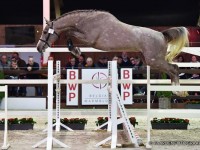 Bamako and Elvis offspring make a move at BC young horses 17 Sep, 2020