Again four stallions through to next phase of the ... 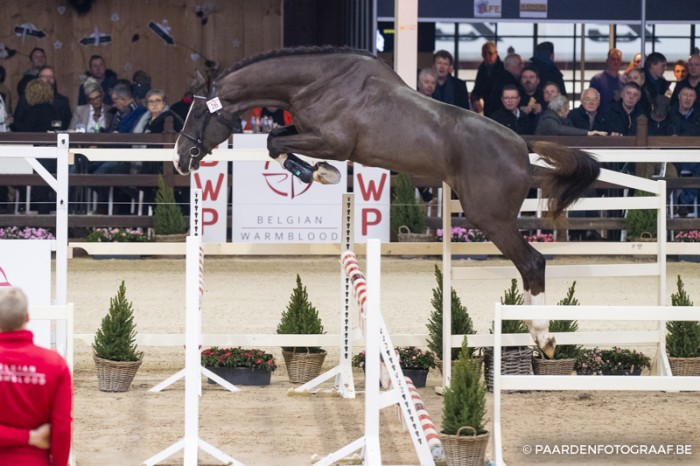 Just like last year, four stallions presented by us were approved at the second phase of the BWP stallion approvals in Lier and are therefore through to the next round. Among them two sons of our famous stallion Elvis Ter Putte, namely Qartoon de Muze (mf. Voltaire), half-brother to Harrie Smolders’ Don VHP Z and Quartz van ‘t Ruytershof (mf. Bamako de Muze), out of the damline of Emerald and Diamanthina van ‘t Ruytershof. Quickly van de Kruishoeve (Mosito van het Hellehof x Fantomas de Muze) and Qatar Ter Saleghem (Kannan x Vagabond de la Pomme) are the numbers three and four that are also through. All these stallions will be at the Zilveren Spoor in Moorsele for the third phase in March. The other offspring of our stallions also impressed. Not only was a second son of Mosito approved for the third phase, this Qatar van ‘t Paradijs (mf. Kashmir van Schuttershof) also became the most expensive stallion at the BWP Top Stallion Auction. He was sold for €162.000. Fantomas de Muze (Qonquest de Rigo), Le Blue Diamond van ’t Ruytershof (Quito van den Aard) and Vigo d’Arsouilles (Qwibus van d’Abelendreef) also got a young stallion through to the test under the saddle in March.

Next to the second phase of the BWP stallion approvals, the first leg of this year's PAVO Stallion competition took place. Our stallions performed well, with for example a nice clear round for Perseus de Muze (f. By Cera d’Ick) in the competition for four-year-olds and an equally nice performance from Navajo van ‘t Vianahof (f. Vagabond de la Pomme) in the competition for six-year-olds. Both stallions were ridden by Walter Lelie. Finally, Mithras de Regor (f. Elvis Ter Putte) realized a third place in the jump-off for seven-year-olds with Jan Vermeiren.

At the World Cup Qualifier in Dubai, it was Jarvis van d’Abelendreef that stood out above the crowd. With his Swedish rider Linda Heed he did not make a single mistake in de big classes, resulting in a second (1.55m), fourth (World Cup Qualifier – 1.60m) and sixth (1.45m) place. 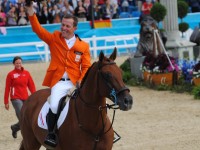 Young Nabab-progeny excels in the Middle-East