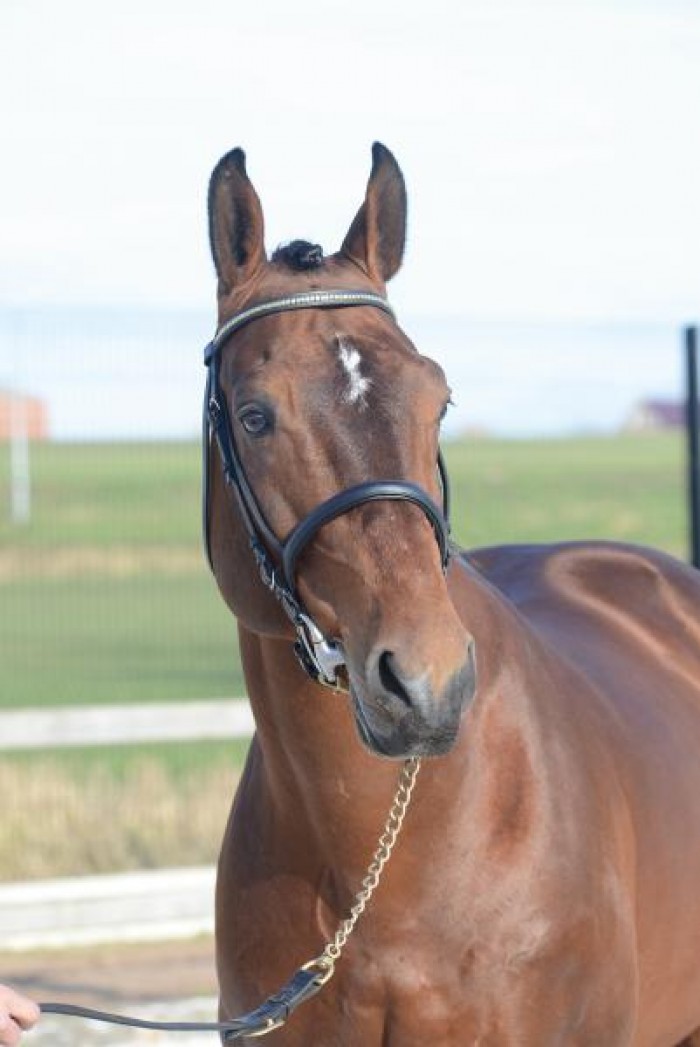 Bamako is on his way to become one of the most illustrious names in Stal de Muze’s history and one of the top sires. Following in the footsteps of Nabab de Rêve and Vigo d'Arsouilles his offspring are starting to conquer the world.

We have two of these top horses in our stable. Last weekend Kasanova de la Pomme and Lector vd Bisschop had the chance to show their skills in the GCT/GCL-course of Samorin and not without success. Kasanova de la Pomme finished third in the first round of the Global Champions League and eighth in the second round. Lector finished fourth in the final class (1.50m) and sixth in the opening class. Both were ridden by Koen Vereecke.

Many other descendants by Bamako showed their worth as well. Don Juan van de Donkhoeve and Jessica Springsteen finished fourth in the GP5* of Samorin. For Pilar Lucrecia Cordon and Missouri van 't Ruytershof there was a fourth place in the 1.50m in St. Tropez (5*). Cacacha van het Schaeck finished second in the GP2* in Lier under Max Sebrechts. Gudrun Patteet and Sea Coast Monalisa van 't Paradijs won a 1.45m class at the World Cup in Oslo.

Our other stallions were also quite successful. Mosito van het Hellehof (s. Elvis Ter Putte) won the GP2* in Lier under Bernardo Alves. They also finished third in the ranking class on Friday. Our former stallion Le Coultre de Muze jumped to sixth place in the GP5* of St. Tropez ridden by Philippe Rozier.

More descendants of Elvis Ter Putte did well. Benny Naessens and Mistral van de Vogelzang jumped to the third place in a 1.40m class in Lier. Nestor de Mariposa and Jérôme Guery took second place at the same height in Oliva. For Bart Jay Junior Vandecasteele and Esprit de l' Esprit there was a fourth place in Duinkerke (also 1.40m).

As usual the offspring of Nabab de Rêve were performing all over the world. Margriet de Mariposa won the GP3* of Oliva under Jérôme Guery, after having finished second in a 1.45m class earlier during the weekend. Guinness finished second with Harry Allen in the GP5* of Oslo. Jorden van de Kruishoeve was piloted to a third (1.55m) and two fifth places (1.45m and 1.40m) by Rodrigo Giestiera Almeida in Oslo. Solveig Fotland Newermann and Niara STB Boy I Z came fourth in the latter class.

In Samorin, Samuel Hutton jumped to fifth place in a 1.45m class riding Nice Girl de Muze Z. Jane Richard Philips and Fouègo de la Closière added a fourth place over 1.45m. A fourth place was also the result for Hugo Carvalho and Extraordiner in a 1.50m class in Vilamoura.

Rene Lopez and Cheyenne de la Violle were fifth in the 1.45m class in St. Tropez. Karl Cook and Ircos IV were also placed in a 1.45m class, this time in Tryon. Martialis and Manuel Gonzalez Dufrane took second prize in the 1.45m in Coapexpan.

In the GP2* of Dunkerque, Nueva Epoca de Regor jumped to the second prize with Tom Verduyn. Earlier the duo was also placed third in a 1.40m class.

Feromas van Beek Z (s. Fantomas de Muze) and Gilles Thomas confirmed their potential once again with a third place in the 1.45m class of the GCT/GCL of Samorin. For Pieter Clemens and the only 9-year-old Hulde G (s. Vigo d'Arsouilles) there was a second place in the World Cup series of Oslo. Le Blue Diamond van 't Ruytershof and Olivier Philippaerts finished seventh in this World Cup. Alan Thomas and Cadeau's Son de Muze Z (s. Cadeau de Muze) conclude this week’s news bulletin with a fourth place in the 1.40m in Oliva. 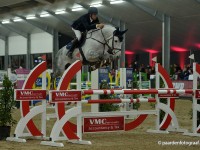